“Medspa’ has kind of lost its meaning to me because you really don’t know who owns it, who is doing the injections,” Dr. Kronberg said. Click here to read the full article.

“As you age, your skin changes in a myriad of ways, and this is caused by both internal and external factors, says Esta Kronberg, M.D., a board-certified dermatologist in Houston.” Click here to read article.

9 Dermatologist-Approved Homemade Skin Care Treatments
DIY skin care recipes are all over the Internet, boasting to miraculously transform your skin. Most dermatologists, though, are skeptical of how those claims hold up. For instance, the lemon in skin brightening recipes can make your skin extra sensitive to sunlight, leaving you with blisters or a rash, says board-certified dermatologist Esta Kronberg, MD. Read more 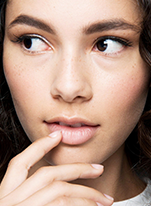 Fascinating Stories From the Dermatologist’s Office
You’d be hard-pressed to find someone, anyone, in the beauty industry who isn’t fascinating by the job of dermatologists. From their acne-vanishing magic to their disease-preventing prowess, derms truly have the power to change (and save) lives. Read more 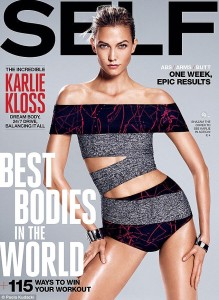 Accutane Changed My Life
How the drug did more than clear one woman’s severe cystic acne—it gave her a new sense of confidence.

“There’s a lot of misinformation about the drug. I urge people to have a conversation with a doctor,” stated Dr. Esta Kronberg. Read more

April 12, 2013
New device called MelaFind uses camera to detect melanoma. “This machine will help us decide and maybe save a patient from having a biopsy,” dermatologist Dr. Esta Kronberg said. Read article.

February 20, 2012
Dr. Kronberg was featured on ABC13 Houston on a segment titled: Which spider vein treatments are best?

July 19, 2010
Dr. Kronberg was featured on ABC13 Houston on a segment titled: “Putting sunless tanners to the test.”

Dr. Kronberg was featured on FOX26 Houston on a segment titled: “Might as well face it you’re addicted to tanning”.

"She is so warm and caring and takes her time with you. I recommend her highly. I went in for my annual skin screening and she was thorough and all went well."