By Esta Kronberg on July 15, 2017 in General Dermatology, Warts 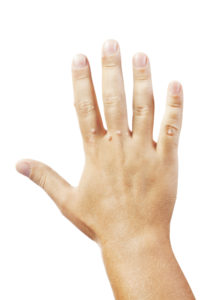 That’s one of the oldest wives tales — if you pick up a toad you’ll get warts. Where this originated is anyone’s guess, but there isn’t a lick of truth to it. You could spend all of your days picking up toads, and you’d never get a wart.

But if you borrow a towel from someone you could get one.

While warts usually run their course and go away on their own, sometimes people want or need to get them removed. Dr. Kronberg can help you out with that warty problem.

Why do I have warts?

Warts are skin growths caused by a virus, the human papillomavirus (HPV). The virus usually infects a person through an area of broken skin. HPV causes the top layer of the skin to grow rapidly; this is what forms warts. If you think you’ve heard of that virus, you probably have. It’s responsible for 150 different viruses and can even lead to cervical cancer. The wart-causing HPV is in the same family, but not dangerous.

Spreading is easy, just not from toads

While a toad’s bumpy skin looks like it is covered with warts, it isn’t. But warts can easily spread between humans. Simply touching another person’s wart can spread the HPV. Also, sharing towels or razors and such can spread them. After infection, warts can take months to development.

Getting rid of warts

In most cases, warts eventually go away on their own, as the virus runs its course. But they can grow in a spot that causes pain, such as on the bra line or the fingers. Or if they are spreading to other parts of your body, you may want Dr. Kronberg to get rid of them. Home treatments use salicylic acid but have mixed success because the concentration isn’t usually strong enough. Dr. Kronberg uses a variety of treatments: an injection to kill the virus, cryotherapy (liquid nitrogen freezing), electrosurgery, curettage (scalpel excision), and laser surgery. If the virus isn’t addressed, however, warts can come back.

Your handsome prince may have formerly been a toad, but he didn’t give you warts in that former state. Regardless, if you want to get rid of a wart or two, call Dr. Kronberg at 713-771-8941.