By Esta Kronberg on March 30, 2017 in General Dermatology 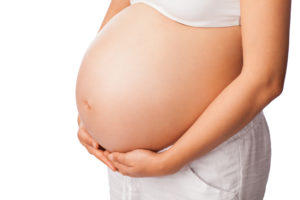 Many women get areas of blotchy skin during their pregnancy and don’t know quite what to make of it. This is a common condition called melasma, and it is colloquially known as “the mask of pregnancy.” Dr. Kronberg has various ways to treat melasma.

Melasma mainly affects women (less than 10% of those who get it are men). It tends to affect people with darker skin tones, and there seems to be a genetic element. If you’ve had a blood relative with melasma, you’re far more likely to get it as well.

Some skin conditions such as rosacea aren’t fully understood as to why some people develop it and others don’t. The same is true with melasma; there isn’t a direct cause/effect relationship. The condition is likely the result of the melanocytes — the skin cells responsible for pigment — overproducing color. That’s why it is believed that people who already have more pigment in their skin are more prone to melasma because their melanocytes are more active than people with fair skin.

There are certain triggers for the dark facial pigmentation of melasma:

Similar to rosacea, melasma isn’t a health-impairing condition; its effect is purely visual. Melasma shows itself in brown or grey-brown patches on the skin’s surface.

These are the most common areas:

Melasma often fades on its own, especially if the patient protects herself from sun exposure. Other triggers such as hormonal fluctuations during pregnancy resolve themselves after delivery or the trigger is removed.

Sometimes, however, the condition persists. Or, if birth control pills were responsible, the woman may want to continue to use them. Then Dr. Kronberg can treat it in various ways:

Melasma can be stubborn to eliminate, and it may recur. Sticking with the treatment plan we create is important.

Leave Doubles to the Astros, Not Your Chin
Get the Red Out — Rosacea