Unless you’re reading Wind in the Willows, moles aren’t usually a beloved part of your life, especially your yard!

The same goes for the type that reside on your skin. Moles in the human form are one of a variety of skin lesions that us humans tend to grow. Moles, freckles, skin tags, benign lentigines, and seborrheic keratoses — they’re all part of the club.

The question is, when do you leave them and when do you get them removed by Dr. Kronberg? Here’s the deal with the non-burrowing variety of mole.

Usually brown or black, moles can grow anywhere on your skin. Most moles develop in the first 30 years of a person’s life. And everyone has at least a few — the average person has between 10 and 40 moles!

Over time, those moles change. Some will develop nasty hairs. Others will become more raised or change color. Others will disappear.

Why do these pesky things happen? Moles occur when melanocyte cells (responsible for skin color) grow in clusters rather than being spread throughout the skin. Due to their pigment relationship, some moles darken with sun exposure, during the hormonal teenage years, and during pregnancy. Unlike the burrowing sort, they don’t have really bad eyesight. 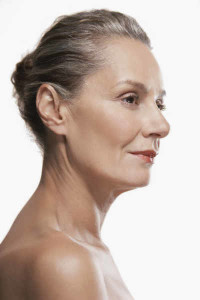 The vast majority of moles are simply hanging out, kind of like half the guys you see working on the average road crew blocking three lanes of traffic during a Houston summer. They are harmless. Occasionally a mole changes color, height, size, or shape. That’s when you need to get it checked by Dr. Kronberg. Cancerous growths usually form after age 30, while moles usually form well before then.

Moles rarely turn into melanoma, the most dangerous form of skin cancer. However, people with more than 50 moles (yeow — that’s a field of moles!) are more likely to develop melanoma.

These are warning signs with moles:

If you have any of the above warning signs, or if your mole is simply becoming an irritation (such as on your bra strap line), Dr. Kronberg and let’s check it out, 713-771-8941.

Fillers vs. Botox
Will You Keep the Prince Warts and All?