Children’s stories are filled with toads and princes, often one in the same thanks to an evil witch somewhere off in the woods. Once the prince has been turned into a toad, the princess has to kiss the toad to break the spell and get the prince back his non-webbed feet. The first thought is — hey, if she kisses that toad, prince or not, she’ll get warts on her lips from the toad.

In actuality, you could kiss a toad every day (we won’t get into the counseling issues…) and never get a wart. After all, a toad has bumpy skin, but those aren’t warts.

Now, if you forget your towel next time you go to the gym and borrow a friend’s who just happens to have a wart, then you have a good chance of getting a wart yourself.

Other times, you simply get one because you came across the human papilloma virus somewhere else. Most warts usually go away on their own within months or years, but in some cases, you’ll want Dr. Kronberg to get rid of them.

What causes a wart? 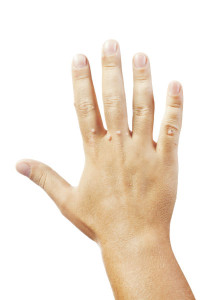 Warts are basically a high-speed growth of the top layer of the skin at the location of a virus. That virus is called the human papilloma virus (HPV). The virus usually infects a person through an area of broken skin. Since the skin in that area grows more rapidly, warts are always raised.

How do warts spread?

It’s pretty easy to spread the wart virus between people. Kissing won’t do it, though, unless you kiss a spot with a wart. Simply touching another person’s wart can spread the HPV. Also, sharing towels or razors and such can spread them. After infection, warts can take months to actually development.

Getting rid of warts

Most warts aren’t very durable, running their course and eventually just going away. But if they cause pain, are spreading to other parts of the body, or bother the person, Dr. Kronberg can remove them.

There are various treatments. Home treatments can use salicylic acid, but have mixed success because the concentration isn’t usually strong enough. Others swear that duct tape gets rid of warts. Dr. Kronberg has a variety of treatments: an injection to kill the virus, cryotherapy (liquid nitrogen freezing), electrosurgery, curettage (scalpel excision), and laser surgery. If the virus isn’t addressed, however, the warts can come back.

Keep the Moles in the Yard
Forget the Razors Permanently!