By Esta Kronberg on November 15, 2016 in Uncategorized 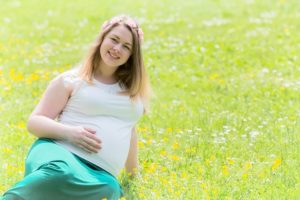 You’ve probably known pregnant women who developed brown to grey-brown patches on the face and other areas of the body. You may not have known the condition has a name, melasma.

Melasma affects areas of the body that get lots of sun and can be triggered by hormonal changes. Since there isn’t a time with as violent hormonal changes as during pregnancy, melasma often accompanies it. For that reason, melasma has another name, “the mask of pregnancy.”

Melasma is mostly an issue for women, as only 10% of those who get the condition are men. It tends to affect people with darker skin tones and there seems to be a genetic element. If you’ve had a blood relative with melasma, you’re far more likely to get it as well.

As with other skin conditions such as rosacea and even eczema, there isn’t a direct cause/effect relationship with melasma. Most dermatologists and researchers believe the condition is likely the result of the melanocytes — the skin cells responsible for pigment — overproducing color. That’s why it is believed that people who already have more pigment in their skin are more prone to melasma because their melanocytes are more active than people with fair skin.

Certain triggers seem to initiate the development of melasma:

Not harmful, only irritating

Melasma doesn’t threaten physical harm; its effects are purely cosmetic. But melasma can be embarrassing when it fully breaks out in brown or grey-brown patches on the surface of the skin.

These are the common areas it shows itself. As you can see, all of these areas get serious sun exposure:

How we treat melasma

Melasma will often fade away on its own once the patient better protects herself from sun exposure. In the same way, melasma triggered by pregnancy passes when the hormones calm down.

Sometimes, however, the condition persists. In these cases, Dr. Kronberg may use one or more of these treatments:

Just because we get your melasma to fade away doesn’t mean it won’t come back. It can be stubborn to fully eliminate, so sticking with your treatment plan from Dr. Kronberg is important.

When to Persist with Your Cysts
Eczema Can Be Irritating