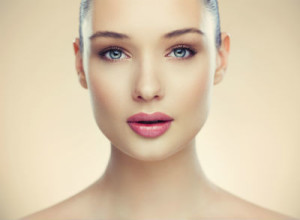 Most people don’t know this, but Botox has been around for decades. It has been used to calm things such as involuntary eyelid spasms, and treat migraine headaches and TMJ issues.

But everything changed for Botox in 2002. That was the year the FDA approved Botox for cosmetic use in the treatment of wrinkles around the eyes and on the forehead. Botox became the rock star of the aesthetic world; you could say it is more famous than most of the celebrities who use it every four months to maintain their youthful looks. Botox is the single most popular cosmetic treatment year after year all across the globe.

Why all the adulation? Botox works. It effectively turns back the clock on facial aging, particularly in the areas around the eyes and on the forehead, reducing or eliminating the appearance of fine lines and wrinkles.

How does Botox work?

When it first started to become a household name, Botox scared people. Why? Because it was said to be made from the same stuff that causes botulism. That is true — Botox is derived from the botulinum toxin type A, the bacteria that cause botulism. And while that does sound scary, decades ago scientists found that this neurotoxin, when injected in very small amounts into a muscle, temporarily paralyzes that muscle. This is important because certain wrinkles and creases on the face are caused by the repeated contractions of muscles. These are called dynamic wrinkles. Actions such as smiling, squinting, and frowning create dynamic wrinkles. So, when Botox is injected into a muscle forming a wrinkle, it blocks the message sent from the nerve to the brain telling the muscle to contract. Without any message the muscle doesn’t contract, so the wrinkle above it either disappears or becomes far less noticeable. This continues for four to six months, at which time the body eventually absorbs the Botox and the muscles start to contract once again and the wrinkles return.

What wrinkles is Botox effective on?

Botox is the boss of dynamic wrinkles, but static wrinkles aren’t impressed with its glamorous resume. These are the type of wrinkles that show themselves at all times. Static wrinkles are often the result of sun damage and the regular process of aging. Botox is very effective on wrinkles around the eyes (crow’s feet), forehead lines, and lines that form between the brows (the 11s).

What occurs following treatment with Botox?

A Botox session takes just a few minutes. There is no downtime, although there may be some slight swelling and redness at the injection sites. Patients also need to avoid rubbing the injected areas for 12 hours, as that can cause the Botox to migrate to unwanted spots. Results usually take from three to seven days to fully show themselves.

Interested in joining the legions of Botox fans? Contact us here or call Dr. Kronberg for an appointment at (713) 771-8941.

Keep it Simple with Glycolic Peels
Information You Need on Sunscreen