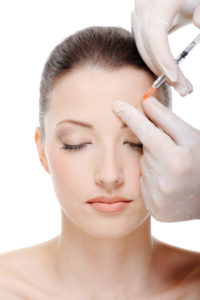 Botox seemingly came out of nowhere in the early 2000s. It went from this obscure treatment using the botulism bacteria to stop wrinkles in a few celebrities to worldwide cult status. What at first seemed like a “sketchy” option to feed celebrity vanity became a standard procedure for millions of people worldwide. Botox rapidly became, and continues to be, the world’s most popular cosmetic procedure, surgical or non-surgical. And it’s not even a contest.

Because of all that, some people think Botox is relatively new, having just come of age in the mid-2000s. But while the FDA approved Botox for use in the United States for treatment of facial wrinkles in 2002, Botox had actually been used for decades for other purposes.

Since Dr. Kronberg has many patients who are lifelong Botox fans, here are some additional facts about Botox that you probably didn’t know.

The origins of Botox

You’d have to have lived in a cave to not have heard about Botox. Most people also have some idea that Botox comes from the bacteria that also cause botulism. Clostridium botulinum is the organism from which Botox is derived. Surprisingly, these bacteria can be found in their inactive form all through the natural environment, including in cultivated soil and in forest soil, and in the sediment of lakes, streams, coastal and untreated waters. In its inactive form, the botulinum toxin is inert. That’s why kids who eat dirt aren’t continually getting botulism.

Although Botox came into most people’s sphere of reference in the 2000s, it has been used in the medical world for decades. Doctors researched how the bacteria affected the nerves when a person acquired botulism. Going off of those findings, researchers discovered that the botulinum toxin type A, when injected in very small amounts, could make muscles temporarily stop contracting. From there, the principle was tried for different to solve different health problems. It is now used for the following therapeutic applications:

Botox is also used “off-label” for:

More than six million Botox treatments are given each year, far and away the most of any cosmetic procedure of any type.

Although Botox is by far the most popular brand, the botulinum toxin is also sold commercially under these other brand names: Vistabel, Dysport, Bocouture, Xeomin, and Myobloc. Dr. Kronberg uses Botox in her practice.

If you haven’t tried Botox for your crow’s feet and other wrinkles created by muscle contractions, join the millions of fans! Call Dr. Kronberg at 713-771-8941 for an appointment.

Knowing Your ABCs of Skin Cancer
Get the Red Out — Rosacea