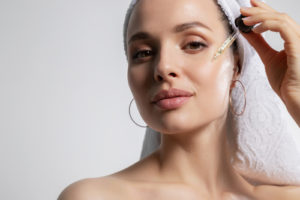 The Fraxel® Laser procedures have quite a following in the aesthetic world. Used mostly for non-ablative skin rejuvenation, Fraxel® lasers dominate the aesthetic industry. At Dr. Kronberg’s we offer Fraxel® Laser treatments for a variety of skin issues.

Fraxel® skin resurfacing is a safe, non-invasive, and highly effective procedure that removes age spots and other unwanted pigmentation problems, smooths acne or surgical scars, reduces wrinkles, and dramatically improves the tone and texture of your skin.

A Houston winter is a great time to give your skin a gift of rejuvenation heading into 2022 with a Fraxel® treatment.

Fraxel® laser treatments deliver the potency of ablative treatments but with the safety of non-ablative lasers. So, you get dramatic results without the downtime.

It’s been over a decade since Fraxel® introduced the first truly fractional lasers. Since then, over 800,000 people have been treated. The technology is advanced but is easy to understand. In a Fraxel® session, thousands of microscopic laser columns, each just one-tenth the diameter of a hair follicle, are sent into the targeted skin. These columns of laser energy create microscopic wounds that trigger a “wound response” in the body. That response is to produce new collagen, the protein that is responsible for the skin’s underlying support and structure, to repair the perceived “injuries.”

This fractional treatment reverses many of the visible effects of aging. Fraxel® treatments at Dr. Kronberg’s are effective on:

Let’s put our Fraxel® lasers to work rejuvenating your skin. Call Dr. Kronberg’s at (713) 771-8941 to schedule your Fraxel session.

View all posts by henley →